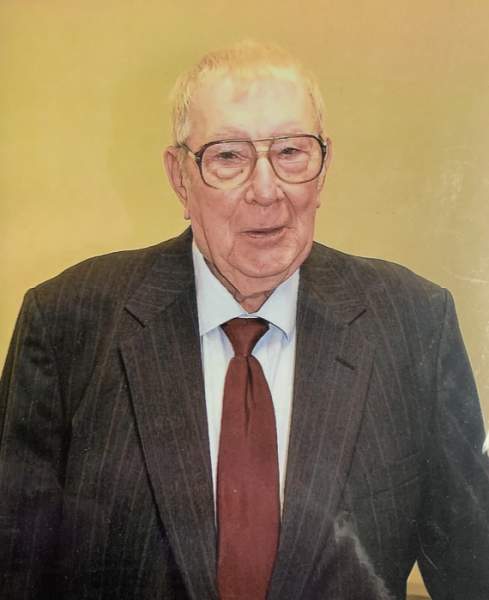 Bernard was born on October 28, 1923, in Thornton Township, Illinois, to Nicholas and Gertie (Vanderberg) Veld. He was a farmer and member of American Reformed Church. Bernard married Evelyn Ruth (Fair) Veld on December 10, 1951 in Mokena, Illinois who died April 20, 2008.

Bernard is survived by his sons: Eugene (Kathy) Veld of DeMotte, and Roger (Gloria) Veld of Momence,  grandchildren, and great-grandchildren.

In lieu of flowers memorials may be made to Oak Grove Christian Retirement Village.