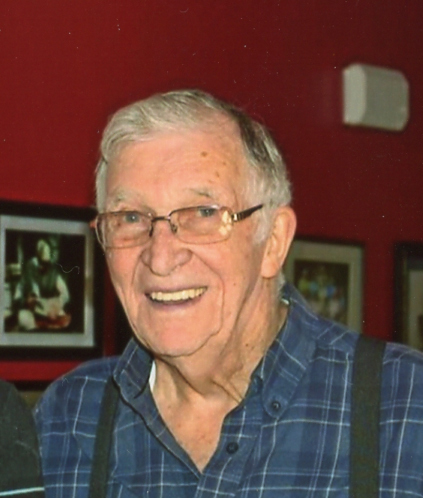 On June 10, 1929, Herb was born to Joseph and Martha (Volkmann) Ruisard in DeMotte, Indiana. Herb graduated from DeMotte High School. Herb served in the U.S. Army as a Radar Operator. Herb married the love of his life Anna Mae Belstra in DeMotte, on April 10, 1953. He was a member of the DeMotte American Legion #440. Herb was also a member of the American Reformed Church where he served as an Elder, Deacon, RCYF Leader, Sunday School Teacher, and Choir Member.

Friends are invited to visit with the family from 4:00 until 8:00 p.m. on Thursday, October 13, 2016 at the American Reformed Church, DeMotte, Indiana. Services for Herb will take place at 9:00 a.m. at the American Reformed Church on Friday, October 14, 2016 with Pastor Troy Nanninga officiating. Interment will follow at the Holland Cemetery, DeMotte.

In lieu of flowers memorials may be made to ALS.

Boersma Funeral Home, Wheatfield, has been entrusted with these arrangements.