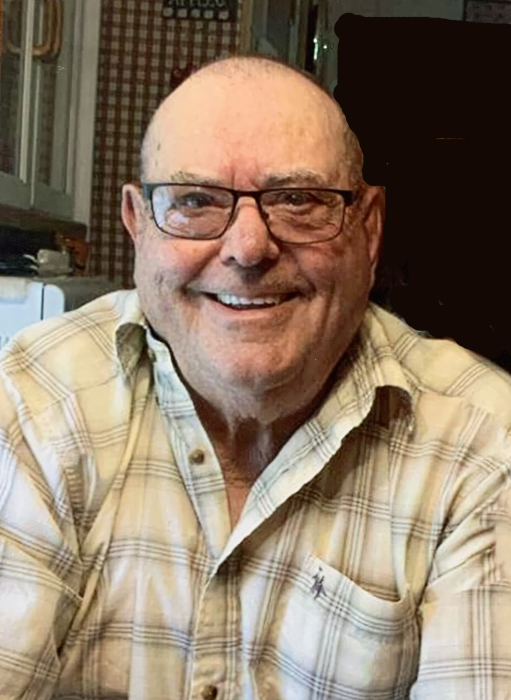 On Thursday, September 5, 2019, Charles Landon "Chuck" Meyer, left his earthly body and peacefully entered his heavenly home surrounded by his loved ones at the age of 81.

Chuck was born on September 23, 1937 at his family home in Postelle, Arkansas to Eldon and Martha (Hill) Meyer. After graduating from Marvel High School in 1955, he moved to northwest Indiana and started working at American Maizo Products Company in Whiting, Indiana. It was while he was working there that he met the love of his life, and wife of 61 years, Marjorie (Spornic) Meyer. They were married on February 15, 1958, just three months after they were introduced. Together, they raised his four favorite daughters, who loved him dearly; Kathy (Tom) Lovely, Monica (Jim) Jones, Margaret (Garry) Jones, and Kristie (Don) Housman.

One of a father's greatest gifts is to teach his children unconditional love and he did just that. In 1970, he moved his family to rural Wheatfield, Indiana and purchased a grocery store. In 1972, "Meyer's Gro-Gas" was opened, and he made many life-long friends during that time. In addition to owning the store, he also worked for Meadow Gold Dairy, owned by Gene O'Neil out of Thayer, Indiana. Following the sale of the grocery store, Chuck worked for the Indiana Department of Corrections at the Medaryville Youth Camp, from which he retired in 1996 due to illness. His illness was life changing for him, and from that moment forward, he lived life to the fullest.

His retirement years were his best, filling his days with things he loved and enjoyed. Living on his daughter and son-in-law's property brought him great joy. He spent many hours sitting on his porch, riding his golf cart, fishing in "Chuck's Pond", and being the sheriff of 500 E. He was also a master gardener, and would harvest a bounty of vegetables every fall. In addition to the outdoor activities, Chuck was an avid sports fan. He absolutely loved his Arkansas Razorbacks and his Kankakee Valley Kougars. Razorback hogs adorned his home, and he gave so much support to KV Athletics over the years, he was named a KV Super Fan, an honor he held highly. However, his favorite sports to watch were ones that involved his grandchildren. He loved to cheer them on and watch them shine. He was always there to offer advice and encouragement. If he wasn't there in person, he was there in spirit and would always ask how the game went.

If you knew Chuck at all, there are things that were quite evident. He was known for his quick wit, his infectious smile, and his kind and compassionate soul. He was emotional, and often shed both happy and sad tears. He was also a prankster and found it hilarious to scare people. He cherished his family, and was so proud of each of them. He loved his Arkansas home and having southern roots. His friends were like family. Picnic table conversations in his front yard were precious to him. Listening to windchimes were soothing. He always wanted to win when he played the board game Aggravation. He treasured his sister. He was funny, charming, handsome, loving, and more. He was a faithful husband, a loving father, a cherished grandpa and pawpaw, a true friend, and hero.

Chuck is a 50+ year member of the Whiting Masonic Lodge 613. One of his most joyful days was a ceremony held in his honor and being awarded a 50 Year Award of Gold from the Grand Lodge of Free and Accepted Masons of Indiana in 2016. He is also a member of the American Legion Post 406 of Wheatfield, Indiana and the First Baptist Church of Wheatfield.

There are so many stories to be shared about this great man. It is hard to forget someone who gave you so much to remember. Charles Landon Meyer will never be forgotten.

Thank you Meyer’s family for writing this.