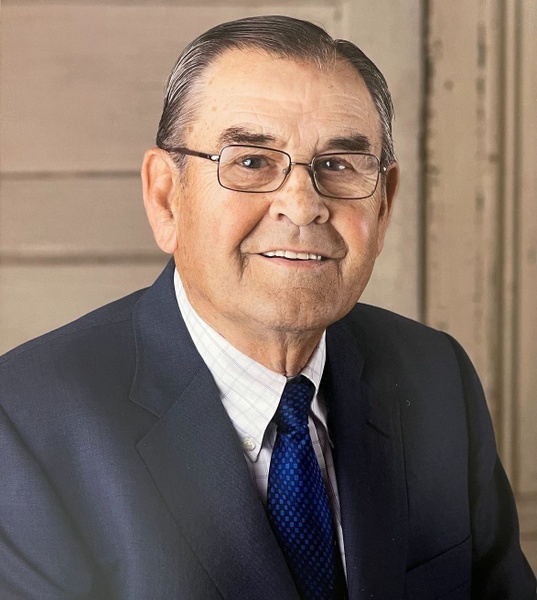 Dale was born May 29, 1940 in Francesville, to R. E. and Lena (Honegger) Ward. Dale was always fascinated by his father’s stone quarry. He started helping R.E. the summer of his 7th grade year.  He rode  with his father to work every day working as a clean-up man, and his pay was a new motor scooter. Dale continued to work at the quarry throughout school, learning to operate cable shovels and drag lines. He attended Kentucky Military Institute his junior and senior years of high-school.  After graduating from Kentucky Military Institute in 1959, he returned to Francesville to work at the quarry.  He did whatever was required, learning as he went.  Within a year, Dale was responsible for the plant.

R. E. sold the Francesville quarry in 1962 and Dale stayed on, being promoted to Superintendent in ’63. In 1967, at the age of 27, Dale resigned and started his own quarry in Monon.  The quarry was a success and Dale was approached to sell the operation to and rejoin the company that bought his fathers quarry. He resigned his position in 1975 and began construction on a storage and super-flow system for Gutwein Seed Company in Francesville.  In the fall of ’76, with the upgrade complete, he was asked to manage the construction of Parkview Haven Nursing Home in Francesville.  Dale donated a year of his time to the project, only accepting a salary for the second year after the board insisted that he be compensated for his effort.  Once Parkview as complete, Dale returned to Gutwein Seeds to build a new grading and bagging plant. In 1979, Dale started Ward Stone, Inc. in Francesville. Dale continued to grow the business, purchasing and permitting a 260-acre quarry site south of Monon in 1996.  In 1997 he acquired the Babcock Quarry in Rensselaer, IN. Dale and Anne sold the quarries in the spring of ’99.  Within a few years, they started a railroad museum/restaurant in Monon in an effort to preserve the local railroad heritage.

He met Anne Jackson in the summer of 1960 and they married in November of that year.  They had 5 children, and had been married for 59 years when Anne passed away in 2020.

Dale was a lifelong member of the Apostolic Christian Church of Francesville, Indiana.

In lieu of flowers, memorials may be made to the Humanitarian Distribution Center, 447 S Bill St., Francesville, IN 47946

This is EST - fast time.

This is EST - fast time.