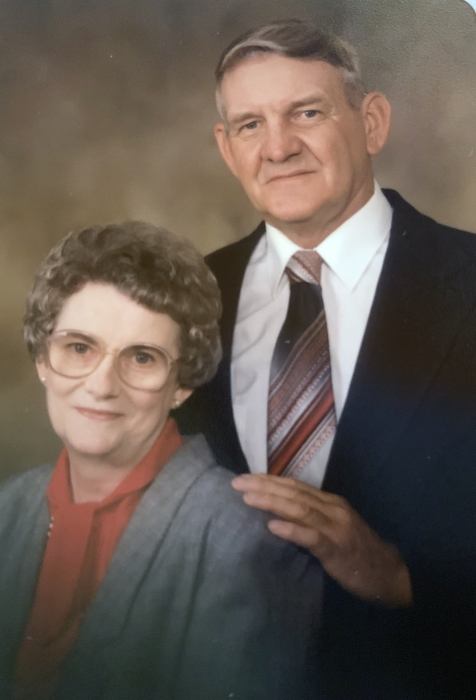 Donald Eugene Capouch Sr, 90, passed away surrounded by family on Wednesday, March 11, at Porter Regional Hospital in Valparaiso, Indiana, after a short illness. He had been in declining health.

Don was born April 27, 1929, a fourth-generation Pulaski County farmer, on the Capouch homestead in Cass Township. He was born in a house built around a log cabin erected by his great-grandfather in 1876, the son of Joe and Linda (Collins) Capouch. Three of his Collins ancestors fought in the American Revolution. On September 10, 1949, he married Shirley Ann McCauley in San Pierre, Indiana. His love for her was boundless, and he proclaimed it loud and proud, in word and in deed, for over 69 years until her passing last year. Their love affair was one for the ages.

He spent his youth on the family farm, and farmed briefly on his own before joining William Gehring’s vast farming operation in Jasper County, where he worked for over 35 years until his retirement. Having grown up on a farm using horses, during his time at Gehring’s he utilized state-of-the-art equipment and techniques on one of the nation’s most progressive speciality crop farms. For many years he was a foreman there, helping manage field operations growing corn, soybeans, seed corn, mint, potatoes and onions. He loved working on the farm.

He was a member of All Saints Catholic Church in San Pierre, where he was an usher and lector. He was a Boy Scout leader and served as a member of the Kankakee Valley School Board. After his retirement, he and Shirley lived proudly independently until the ends of their lives in the former residence of Helen Dolezal in San Pierre.

He is survived by his sisters Elsie Cepican of Phoenix, Peg (Bill) Gehring of Rensselaer, his loving children: Brian Capouch of Monon, Rick (Nancy) Capouch of North Judson, Mick (Rose) Capouch of Medaryville, Cathy (Troy) Daniels of Rensselaer, Don (Debby) Capouch Jr. of Wheatfield, Patti Capouch of Chicago, and Nicki (Roy) Davis of Kouts, as well as 14 grandchildren and 19 great-grandchildren. He was preceded in death by his parents, his wife, his sister Betty Vessely, and his infant sister Alice. He and Shirley also leave a large extended family, descendants of Joe and Linda Capouch of Cass Township, Pulaski County, and Michael and Bridget Cooley, of York Township, Benton County.

As per Don’s wishes, his remains will be cremated. Part of his ashes will be interred with the remains of his beloved wife Shirley, in the All Saints Catholic Cemetery in San Pierre. Part will be scattered upon the soil of the farm he loved so dearly.

Because of the ongoing public health crisis, Don’s family has decided to forego services at this time. A celebration of his life will be held at a later date, and the family thanks our many friends and relatives for their expressions of sympathy and concern. We express our overwhelming gratitude to his caregiver Kaitlyn Braun, whose visits he always met with joyful anticipation. Her kind care for our father will forever remain in our hearts.

Boersma Funeral Home in Wheatfield is handling the cremation. The family requests any memorials in Don’s memory be made to the St. Jude’s Childrens Hospital.

Thank you Brian Capouch for writing this lovely tribute to your father.