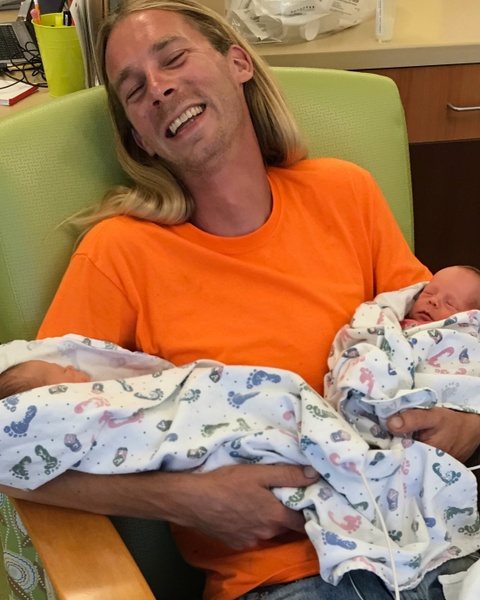 Eric was born on February 9, 1986, in Valparaiso, Indiana to Bruce Toppen and Susie Arnold. He graduated from Kankakee Valley High School in 2004. Eric attended Purdue University. He held a level III, diesel AC certification mechanics accreditation. Eric loved fixing anything with an engine, working with his hands, fishing, old classic movies, a wide variety of music and dancing. He always had control of the radio at work! Eric worked at the TA truck stop where his coworkers were his family too.

Eric is survived by his “wife” whom he often referred to as his gravity, Heather Zeese, and his daughters Elliana Rain and Eleanora Ruby “Cat” Toppen, mother: Susie Arnold, father: Bruce (Dawn) Toppen, maternal grandma: Margaret “Peggy” Arnold and paternal grandma Rita J. Toppen, step-grandma Rose “Grandma Toots” Call, sister: Rachel (Erich) McGhee, nephews and nieces: Brayden Krsak, Alex and Meghan Krsak, Haiden, Elizabeth, and Patrick McGhee, step-brothers: Jonathan Broertjes and his son: Leighton, Joshua (Kelly) Broertjes and their daughters: Allison and Karley and a host of uncles, aunts and cousins, his work family, and many friends including Gary Phillips "influential figure", and Leroy Phillips "brother". He is also survived by many “adopted children” as Eric referred to them.

He was preceded in death by his grandpas: Bill Arnold, Melvin “Jr.” Toppen, and step-grandpa: Ron Call.

Eric’s celebration of life will be Thursday, September 29, 2022, outdoors at First Church of Wheatfield, Indiana from 2:00 until 6:00 p.m. Services will take place at First Church at 6:00 p.m. on Thursday evening, dinner to follow. We encourage those attending to wear their favorite sunglasses, and tie-dye or concert shirt.

Following Eric’s wishes, he was an organ donor.

In lieu of flowers, donations can be made to:

Gift of Hope, at www.giftofhope.org, in memory of Eric Toppen,