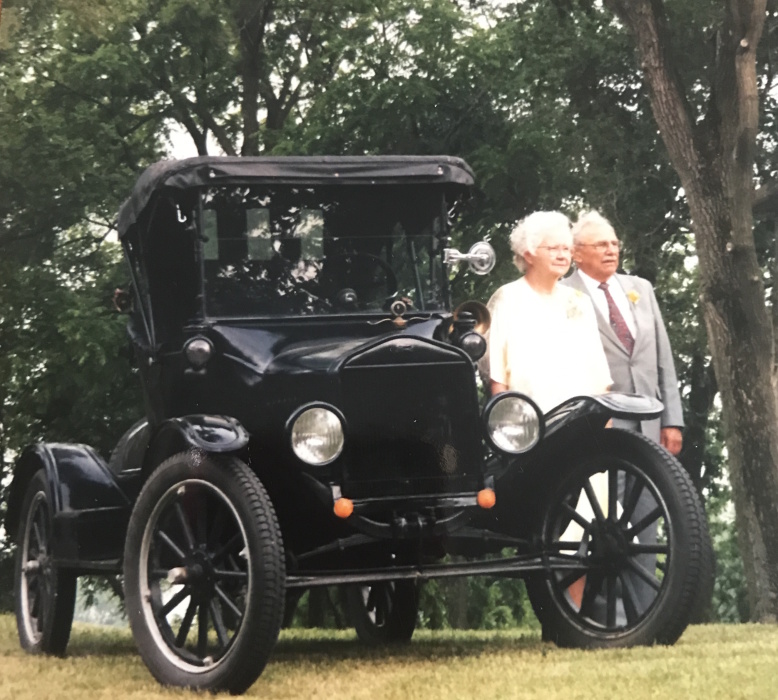 On December 6, 1929, in San Pierre, Indiana Esther was born to Joseph and Anna (Badenhoop) Fenzel. Esther graduated from Tefft High School in 1947. She married the love of her life, Morton M. Harrington II in San Pierre, Indiana. She enjoyed being a homemaker and school bus driver for Kankakee Valley Schools. She attended St. Luke Community Church in San Pierre. She enjoyed being a 4-H leader for the Kankakee Township, caregiver for several elderly people. Esther also liked to knit, crochet, quilt, and sew for her church.

Esther was preceded in death by her husband: Morton M. Harington II, and her parents, sisters: Evelyn Selmer and Lucille Bell.

Burial will take place on Wednesday, June 14, 2017, prior to the funeral service at 10:00 a.m. at Graceland Cemetery, Valparaiso, Indiana.

In lieu of flowers, memorials may be made to the St. Luke Community Church, San Pierre, Indiana.

To order memorial trees in memory of Esther A Harrington, please visit our tree store.
Send a Sympathy Card