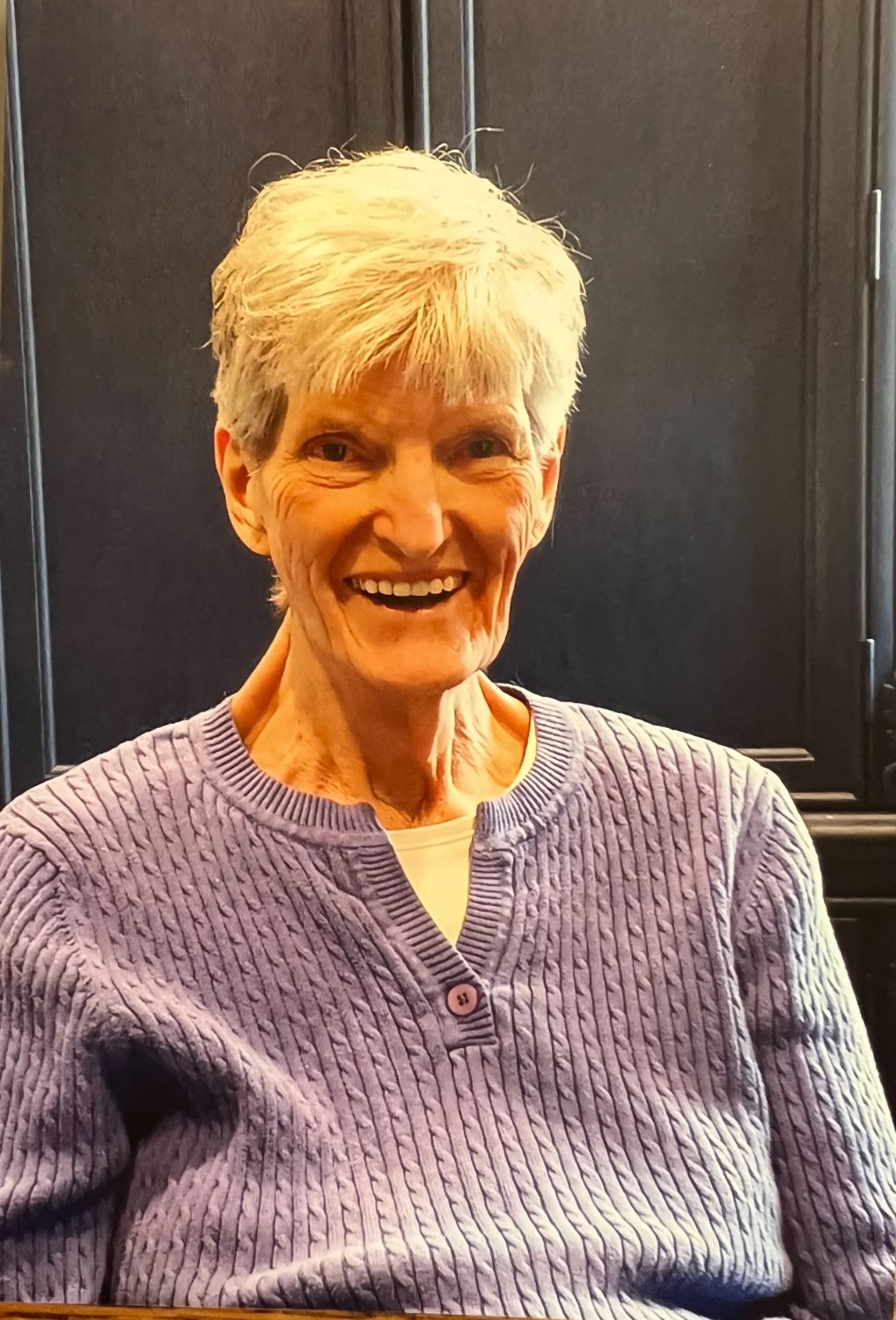 Frances Esther Kros of DeMotte, IN, passed away early Monday morning, January 17, 2022 after bravely fighting several illnesses. Her 83 years were filled with joy, activity, and love—all counted as gifts from the Lord.
Frances was born on April 7, 1938, to Daniel and Cornelia (Vander Giessen) Kingma. The family lived those first few years in a house on the north side of Division Road in DeMotte just east of Halleck Street where they raised hogs, turkeys, and chickens. When Fran was five, they moved onto then-gravel road 1100W to the farmhouse she grew up in. She and her siblings helped on the farm with raising cattle (sold at the Chicago stockyard), growing corn for silage, and milking cows (until the cows were sold off, with the exception of “Bessie,” a very fine milker). The kids worked hard but also enjoyed much play, especially roller-skating and playing basketball on the smooth new upstairs floor of the barn. Her dad could do the Charleston, which he would from time to time, much to the delight of the kids. He headed off to a livestock sale once, telling Frances he’d buy her a sheep. He returned instead with four headstrong goats who incessantly chewed on the sheets from her mother’s clothesline!
Frances attended DeMotte Christian School for 1st-8th grade. It convened in the church basement until her fourth grade year and then set up in the very first portion of the new building on Begonia Street, on land her grandpa donated to the school. She attended DeMotte High School for 9th and 10th grade. After part of her 11th grade year, she took a job at Our Lady of Mercy Hospital in Dyer, living with Uncle Sam and Aunt Agnes in Lansing. Uncle Gerbie helped her pick out a 1951 green Plymouth which she drove to and from work. There she proudly accepted an award for having the cleanest section of the hospital. Later, she took classes to become a nurse’s aide and was promoted to working on the third floor with patients in treatment for alcoholism, a job she found immensely rewarding.
By age 20 she had moved back home, was driving a blue and white ’56 Ford Victoria with fins, and met Rich Kros through Rich’s brother Jonnie who sat near her at weekly choir practice. Frances invited Rich to come on out to the house and meet her, which he was glad to do. By the end of that first evening, she’d kissed him. A year later he bought her a ring from the DeMotte jeweler, presented her with it, and asked her to be his wife. They were married during a historic snowstorm on Friday, February 23, 1962.
They first lived in the little gray shingled house on 1100N which is Mike and Ginny’s lovely place now, and started a family. In time there were five kids, and the family moved into the house on the hill next door. Fran and Rich had many joy-filled years there. She had a little figurine in the kitchen that says, “My proudest achievements call me ‘Mom.’” She relished raising kids and cheering them on. She enjoyed keeping house, and feeding her own gang as well as any workers who joined in to pack eggs, pick strawberries, hoe in the fields, sort asparagus, or make apple cider. She baked pies and sold them. But she also baked thousands of breads and cookies which made their way into her kids’ classrooms, bake sales, Sunday coffeetimes, potluck dinners, doctors’ offices, and funeral luncheons.
She loved church and singing hymns. As a charter member of Bethel Christian Reformed Church, she served for many years teaching Sunday School, taking care of the little ones while moms attended Bible study, and serving in the nursery. She treasured every child she was with.
A lover of flowers, trees, birds, and animals, she saw God’s beauty all around her, delighting in everything about her patch of land (except weeds!). She tended her gardens even in the last autumn of her life.
Fran is survived by her loving husband Rich and five children: Karen Kros of Portage, MI; Kathy (Kevin) Daane of Escondido, CA; Kim (Tom) Cope of Highland, IN; Tim (Diane) Kros of Fair Oaks, IN; and Kori (Glen) VanderKooi of Byron Center, MI. She has 11 grandchildren, one great-grandchild, and loads of nieces and nephews. Her siblings—all of DeMotte—are Marilyn Schurman, Peter “Ed” (Patricia) Kingma, and Daryl (Rita) Kingma.
All services will take place on Saturday, January, 22, 2022
9:00 am graveside service for family and relatives at the Holland Cemetery
10:00 am-12:00 pm visitation/fellowship with the family at Bethel Christian Reformed Church
12:00 pm Celebration of Life Service at Bethel Christian Reformed Church, Pastors Kevin Daane and Rick VanderWal officiating; live streaming available at www.facebook.com/BethelCRCdemotte
1:00 pm Luncheon to immediately follow the service

In lieu of flowers, the Kros family welcomes you to make a donation to DeMotte Christian School in Frances’ name.

Thank you to the family for writing this obituary.