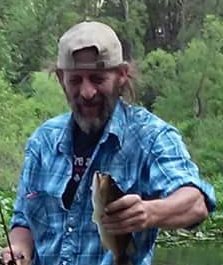 On July 28, 1966, in Rensselaer, Indiana, Jerry was born to Robert Stahl and Shirley (Whicker) Stahl-Martin. He was a lifetime area resident. Jerry worked for ATM as a mechanic. Jerry loved to go hunting, fishing and watch WWE wrestling.

Graveside services will take place at 3:30 p.m. on Thursday, March 29, 2018 at the Roselawn Cemetery with Pastor Craig Smith officiating.