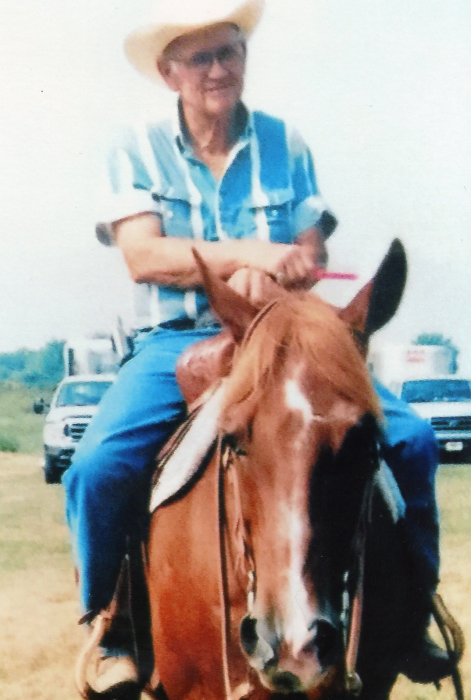 On October 31, 1932, John was born to Floyd and Pearl (Schrader) Clark in Valparaiso, Indiana. He graduated from Wheatfield High School in 1950. John served in the U.S. Navy from 1953 until 1957. On May 22, 1976, John married Joyce Ryan at Deep River Church of Christ in Hobart, Indiana. John was a farmer, truck driver, and owned Clark Farms. He was a member of the Wheatfield American Legion Post #406, lifetime member of NCHA (National Cutting Horse Assoc.) and the American Quarter Horse Assoc.

John was preceded in death by his parents: Floyd & Pearl, sister: Marlene Wright.

Friends are invited to visit with the family from 3:00 until 8:00 p.m. on Tuesday, April 5, 2016 at Boersma Funeral Home, 90 East Grove St., Wheatfield, Indiana. Services for John will take place at the funeral home on Wednesday, April 6, 2016 at 10:00 a.m. Interment will follow at the Wheatfield Cemetery, with Military Graveside Rites.

In lieu of flowers memorials may be made to VNA Hospice.