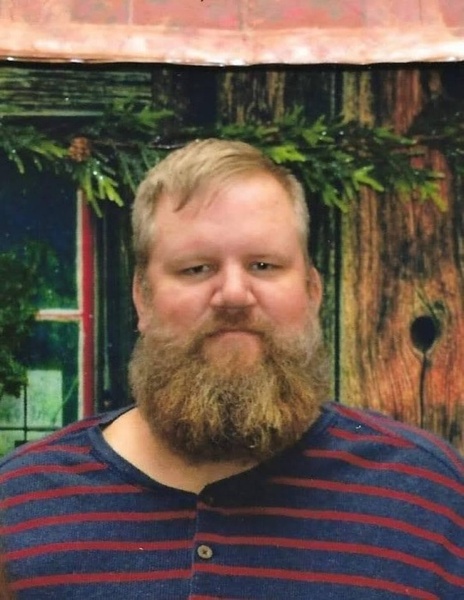 The most loyal friend you ever had, John Payne Loveland, left the restraints of his body on December 4, 2020, due to complications of the COVID-19 virus. Born February 3, 1974, to Peter and Jeannette (Payne) Loveland. He was a 1992 graduate of Kankakee Valley High School, known as Big John. On February 22, 2004, he married the woman who kept him in line, Molly Stowers. They would later raise the apple of his eye, their daughter, Mandolyn. His official title was Dad, but he behaved more like a pesky older brother.

For the last 8 years of John’s life, he had end stage renal disease. It made him very tired and weak at times, but he rarely complained. He did his best to live a normal life and was truly a success story at that. Most of his union brothers did not even know, as he didn’t want to be treated differently.

Despite his limitations, John was an excellent employee and busted his butt for his family. For nearly 20 years, he was a hired hand at (Fred) Abbring Farms and later, (Bob) Klemp farms. He then got tired of rassling pigs.  Since 2014, he was a proud brother of the Midwest Operating Engineers, Local 150. His proudest project was getting to roll asphalt on the Indiana Toll Road as an apprentice. When driving with his family, he loved to point out projects he worked on as they drove by them.

Really, John was a hillbilly to the core: missing teeth, wearing bib overalls and all, but the ingenious kind who could fix anything, one way or another. He was a bit of a pest, loved to razz others, especially his girls. He was a genuine friend who was always ready to talk at 4:00am. If you weren’t up then, he’d catch you in the afternoon. He liked to play off that he was such a big, scary, tough guy, but you might be surprised to know that he was a cat lover.

Visitation is on Saturday, December 12, at 1pm CST at Hope Community, 609 North McKinley Avenue, Rensselaer. Celebration of Life will follow at 5pm with Kenin Smith officiating. The family asks that masks be worn by all at the visitation and service. John felt very strongly about mask wearing. #wearamaskforjohn

John had a green thumb; he even had weeds growing in the back of his pickup, but he was also practical. The family requests no flowers or plants. Gifts can be made to Mandolyn’s college fund, the National Kidney Foundation or the Hope Community Building Fund.

Arrangements are being handled by Boersma Funeral Home of Wheatfield.

Thank you, Molly, for writing this obituary.