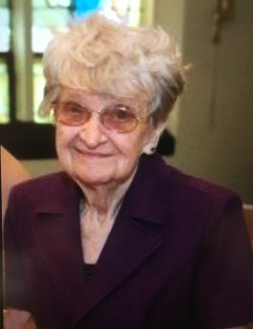 On November 18, 1929, Katheryn was born to James and Marie (Hart) Ward in Hammond, Indiana. Katheryn graduated from Hammond High School. Her first marriage was to Billy J Nuss who preceded her in 1982, and a second marriage was to Calvin Odle who preceded her in 1998. Katheryn worked for Little Company of Mary for 20+ years, she worked her way up from CNA, to QMA, and finally as Social Worker from which she retired. She was a member of the Sorrowful Mother Catholic Church in Wheatfield, and was a 40-year member of Wheatfield American Post #406 Auxiliary.

Graveside services will take place at the Roselawn Cemetery on Wednesday, April 27, 2016 at 10:00 a.m. with Father Paul Cochran officiating.