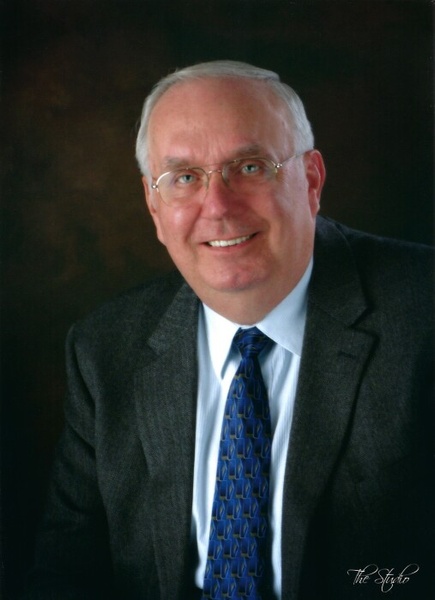 Kenneth was born on December 25, 1940 in Whiting, Indiana to Lehman and Edna (Arndt) Stewart. In 1943, the family moved to a farm in Wheatfield, Indiana where Kenneth spent his childhood. Other than the time he attended universities, he remained in northwest Indiana his entire life. He was an active and life-long member of the Wheatfield Church of Christ.

Kenneth began his college education at Indiana State University and transferred to David Lipscomb University where he received a degree. He continued his education at Purdue University while teaching high school. He taught business education and journalism classes for 34 years, mostly at the North Judson-San Pierre High School and served over 30 years as advisor for the school’s yearbook and newspaper.

In addition to teaching, Kenneth enjoyed spending time with family and friends. He had a passion for photography, music, gardening, traveling, and attending sporting events. He was known for his kind and compassionate spirit.

Kenneth is survived by his brother, Floyd, and several cousins, nieces, and nephews.

Kenneth was preceded in death by his father, Lehman, his mother, Edna, and his sister, Phyllis Hetrick.

A graveside service will take place  at 10:30 a.m. on Friday, December 4, 2020 at the Wheatfield Cemetery, with Gerald Frump officiating.

Special thanks to the family for providing this obituary.

Boersma Funeral Home, 90 E. Grove St., Wheatfield, has been entrusted with these arrangements.