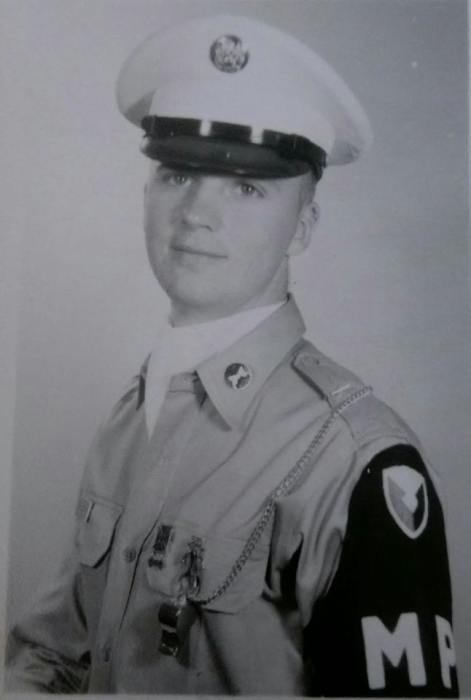 74 year old, Larry Warren Hoffman passed peacefully to his Heavenly Home on Tuesday, November 8, 2016, at the Symphony Medical Resort of Chesterton. His last weeks were spent with loving family members at this side caring for him, enjoying his company, listening to Gospel Music, viewing old family photos, sharing wonderful stories and memories of times together.

Larry was born on March 11, 1942, and was the youngest of seven children born to George and Jennie (Walstra) Hoffman.

Larry attended the DeMotte Christian Elementary School. The Bible he received from the school at his 8th grade promotion was marked with special verses and contained “Certificates of Award” for his Bible Verse memory work. He attended DeMotte High School where he served as Class President 1 yr., Class Treasurer 1 yr., Newspaper Staff 3 yrs., Pep Club 2 yrs., and Student Council graduating in 1960.

Larry was inducted into the United States Army on January 9, 1964. He was stationed at the Aberdeen Proving Ground in Maryland where he served as Military Police and received a commendation medal for good conduct.

Larry retired from Bethlehem Steel Corporation. Over the years, he worked diligently on family Genealogy discovering family history dating back to the 1700’s. He enjoyed woodworking and would often pick up pieces from the local Goodwill that needed repair, fix them up and donate them back to Goodwill.  He loved the Cubs before loving the Cubs was cool and enjoyed the World Series 2016 winning game.

Larry was kind, compassionate, sincere and spiritual. He will be missed by all that knew and loved him.

Larry is survived by his sister: Evelyn (John) Dykhuizen, brother: Kenneth (Alberta) Hoffman, sister: Janice Schlarp and brother: George (Irene) Hoffman Jr., and many nieces and nephews. Larry’s many nieces and nephews have fond memories of times spent with him on the family farm, riding horses (especially his favorite, Surfer Girl) and singing along as he played the guitar or the piano.

Larry will be laid to rest near his parents at the Holland Cemetery in DeMotte following a graveside, military service for the family. Arrangements are being handled by Mr. Andy Boersma (a friend of Larry’s from Kniman childhood days) and Boersma Funeral Home, 90 East Grove St., Wheatfield, Indiana.