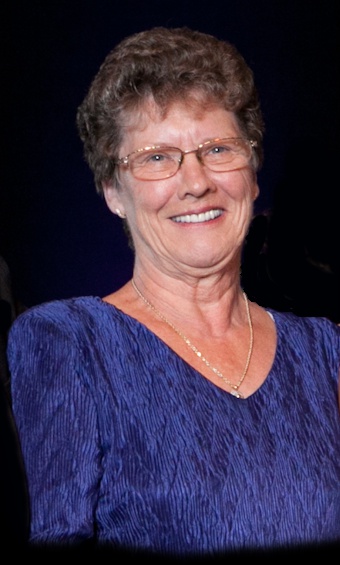 Loleta Joan (Sullivan) Manns, 72, of Port Isabel, Texas, formerly of San Pierre, Indiana, passed away peacefully with her loving family around her on February 25, 2015.

Born on December 8, 1942, to Louie & Ruby (Alexander) Sullivan in Rensselaer, Indiana. Loleta attended Mt. Ayr school system, followed by Don Robert’s Beauty School.  She worked as a hair stylist at Little Company of Mary Nursing Home and various other salons. Loleta also had a passion creating ceramics and later became a certified instructor, sharing her talents. She loved to roller skate at Bazz’s Roller Rink in Rensselaer Indiana, where she met the love of her life, Earnest (Dick) Manns in 1956.  They were married December 20, 1958.

Proceeded in death by her parents, an infant brother, and great-grandson: Reid Karlowsky.

Loleta will be greatly missed by all who knew and loved her.

In lieu of flowers memorials may be made to The Calvary Assembly of God Church, DeMotte, Indiana.