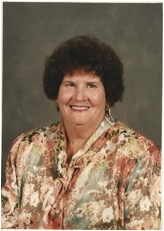 On September 11, 1929, Mary was born in Cordova, Alabama to Rueal and Nettie (nee: Pitchford) Ware. On February 12, 1949 Mary married Carl Lovell. Mary worked in the manufacturing industry. She was a member of the Eastern Star in Crown Point, Indiana.

Mary was preceded in death by her parents, and her husband Carl.

Per Mary’s wishes cremation has taken place, and her ashes will be interred in Shanghi Cemetery, Shanghi, Alabama at a later time.

To order memorial trees in memory of Mary A. Lovell, please visit our tree store.