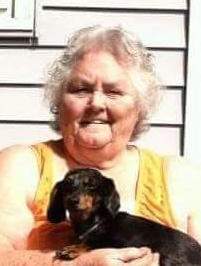 On February 21, 1941, Mary Ann was born to Vollie and Eliza (Sexton) Whitaker in Jasper County Indiana. Mary Ann married David Messer on July 14, 1956 in Momence, Illinois. She was a factory worker, a housewife who loved her farm animals and watching her humming birds. Mary Ann attended the Wheatfield Pentecostal Church of God.