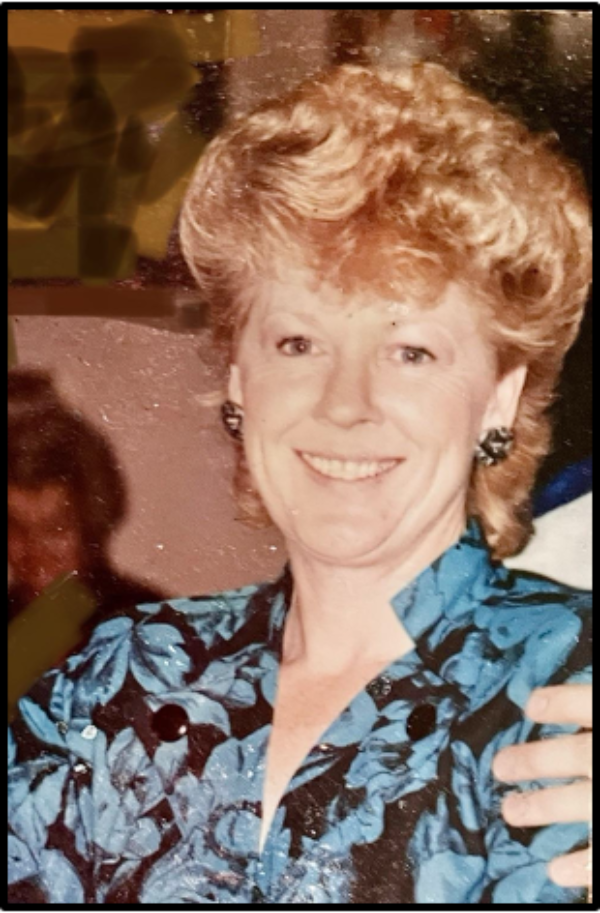 Maxine “Max” (Salyer) French, age 80, passed away peacefully at her Koontz Lake home in the presence of beloved family members on the evening of Saturday, June 11, 2022. Max was born on February 23, 1942 in Wheatfield, Indiana to Denzell and Martha (Whitaker) Salyer. Max graduated from Wheatfield High School in the Class of 1960. After high school, she earned her cosmetology license in Fort Wayne, Indiana, and for many years gave grateful family and friends their monthly complimentary haircuts on the patio at Grandma Martha and Grandpa Denzell’s home.

Max married her best friend and constant companion, Terry French, and moved to Walkerton, Indiana, in 1989. Along with Terry, Max graciously hosted many family birthdays, cookouts, weddings, holidays, and graduation celebrations in their lovely home on the lake. Max was a wonderful cook who thoughtfully prepared the favorite dishes of anyone who visited, oftentimes using Grandma Martha’s favorite family recipes. In these past few years, Max and Terry also enjoyed their winter home at Chateau Village in Bradenton, Florida, where the weather allowed her to ride her bike, breakfast at the beach, and tend to her flowers all year long.

Max was an avid reader who enjoyed spending time on the lake in the pontoon and teaching her grandchildren the names of the fish they caught off of the dock in their backyard. In years past, she was a golfer and bowler–activities that she shared with Terry. She was also a talented artist, leaving the walls of her homes filled with beautiful paintings of the lake and leaving her children and grandchildren with custom-made quilts that she created for each one with loving care. She looked forward to the family Christmas Bunco tradition each year, and all looked forward to her handcrafted gifts. In later years, she became skilled at text messaging and social media in order to share pictures and keep in touch with her kids, her extended family, and her friends. Max and Terry were affiliated with the Koontz Lake Missionary Church in Walkerton.

In addition to her husband, Terry, Max is survived by “her boys,” Robert D. Venekamp (Loryn), Indianapolis; Jeff Venekamp (Toni), Valparaiso; and Greg Deerberg (Rachel), Metamora. Also surviving are her grandchildren, who she adored and who adored her: Robert H. Venekamp (Natalie Tupper), Kelsey Venekamp, Jeffrey Venekamp (Courtney), Cullen Venekamp, Cody Deerberg, Caitlyn Deerberg (Jim Kostarellos), Cameron Deerberg, and great-grandson Robert N. Venekamp. She is also survived by her two sisters, Betty Dobson (Robert), Gifford, and Carolyn Dykhuizen (Bernie), Rensselaer. Max is also survived by her mother-in-law, Shirley Sims, Walkerton, and stepchildren Staci Wessel (Pete), Amber French, Christopher French (Linda), Whitney French (Wes) and Kyle Stroud along with ten grandchildren and eleven great-grandchildren shared with Terry through marriage. Max was also recognized as a dear aunt, cousin, and friend to many. She is already missed by all who knew and loved her.

Max was preceded in death by her infant daughter, Cindy Ann Venekamp, her parents, her sisters, Mayola (Les) Humes, Mary Fifield (Earl), and Ruth Brock (Gary), along with her brother, Harry Salyer (Elaine.)

A Celebration of Life where friends are invited to visit with the family from 1:00 p.m. until 2:00 p.m. at the Boersma Funeral Home in Wheatfield will be held on Saturday, July 23, 2022, at 2:00 p.m. with Pastor Brian Baughman officiating.

In lieu of flowers, the family gratefully suggests that memorial donations be made to St. Jude Children’s Research Hospital in Maxine’s name.