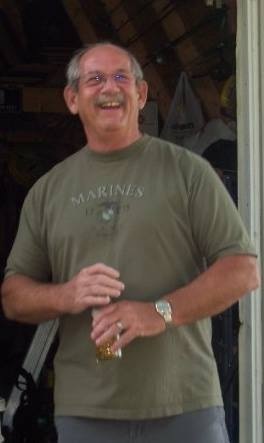 Richard J. Winn 66 of Bargersville, passed away Thursday, October 3, 2013 at his residence surrounded by his loving family.

He was born July 4, 1947 in Wheeling, West Virginia to William A. Winn and Eleanor (Husvar) Winn.  He married Christine M. (Soberg) Winn on April 2, 1971 in Portage, Indiana, she survives.  He had been a supervisor for U.S. Steel in Gary, Indiana.  He was a U.S. Marine Veteran of the Vietnam War.  He was a member of Wheatfield Masonic Lodge #642 where he has served as past master, South Bend Valley of the Scottish Rite, Hindu Shrine Temple of Michiana in South Bend, Marine Corps League in Valparaiso.  He loved fishing and drag car racing.  He also enjoyed War Commander on Facebook.

Wheatfield Masonic Lodge 642 will conduct a Masonic Service at 7:00 pm Saturday, October 12, 2013 at Boersma Funeral Home 90 East Grove Street Wheatfield, Indiana with a memorial service immediately following and conducted by the Reverend Father Bruce Pawlak.  Full military honors will conclude the service.  The family will receive friends from 5:00 pm Saturday till service time at the funeral home.  He will eventually be laid to rest in the Smokey Mountains.