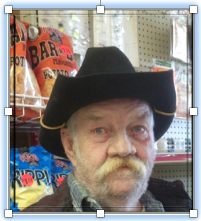 On March 24, 1945 in Harvey, Illinois Bob was born to Boyd and Sadie (Ooms) Witvoet.  He was a Local #150 Operating Engineer. He married Barbara Thielbar on October 2, 1986, in Roselawn, Indiana. He attended the 1st Baptist Church of Wheatfield.

Bob was preceded in death by his parents, and brothers: Tim, Bill, & Pete.

Friends are invited to visit with the family from 10:00 a.m. until 12:00 p.m. (noon) on Tuesday, January 23, 2018 at the Boersma Funeral Home, 90 East Grove St., Wheatfield, Indiana. Services for Bob will take place at the funeral home at 12:00 p.m. (noon) with Pastor Robin Gear officiating. Interment will follow at the Wheatfield Cemetery.