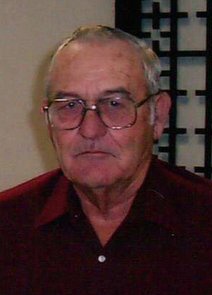 74 year old Ronald O. Harvey, of Roselawn/DeMotte, passed away May 29, 2015 with his loving family around him.

On September 9, 1940, Ronald was born to Frank and Verna May (Battershell) Harvey in Wauneta, Nebraska. On December 12, 1975 he married Sharyn Wendelburg at the “Dutch Corner” Church, DeMotte, Indiana. Ronald was educated at Ogalla, Nebraska, NEI in Denver, Colorado and retired in 1999 after working 40 years for Montgomery Wards as a Product Service Manager. He farmed for 24 years with a cow/calf/hog & hay operation. The past 12 years he was the caretaker of the cemetery for the Lincoln Township Trustee and Township Park Property. He loved camping and being with family and friends. He loved the great-grandchildren to the moon and back and that’s what they would say to each other in parting. Ronald belonged to the Cedar Lake Eagles & the Masonic Lodge #125 of Rensselaer.

Ronald was preceded in death by his parents, and one sister: Mary Lou Swasinger.

Friends are invited to visit with the family on June 2, 2015 from 3:00 until 7:00 p.m. at Boersma Funeral Home, 90 East Grove St., Wheatfield, Indiana. A Masonic Service will take place at 7:00 p.m. at the funeral home. Per Ron’s wishes cremation will follow.

In lieu of flowers memorials may be made to Lincoln Township Volunteer Fire Department or Franciscan Hospice Communities of Crown Point, Indiana