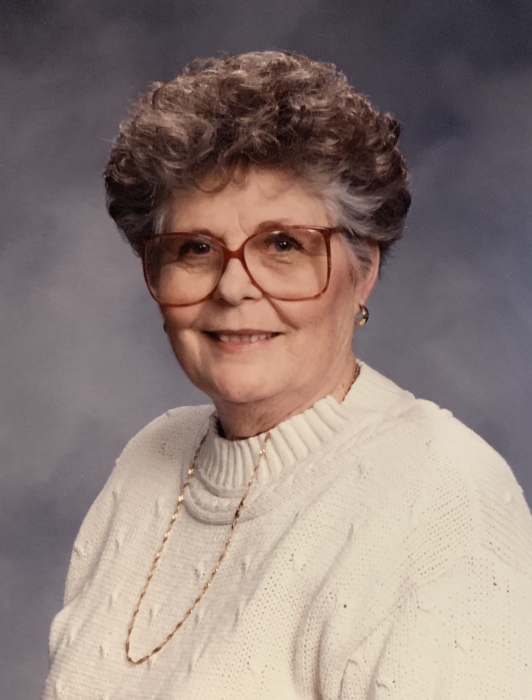 Rosemary was born on July 16, 1928, in Parr, Indiana to William Edward and Nellie Marie (Gilmore) Longstreth. She graduated from Wheatfield High School and attended St. Vincent’s Catholic College in Indianapolis for a nursing degree. She worked at various hospitals and doctor’s offices throughout her career. She was a member of Sorrowful Mother Catholic Church in Wheatfield, Indiana. She married the love of her life, John Frederick ‘Coach’ Jones Jr. on February 18, 1950 at St. Joseph’s College in Rensselaer. Rosemary love the Chicago Cubs and IU Basketball.

Friends are invited to visit with the family from 4:00 until 8:00 p.m. on Thursday, September 19, 2019 at the Boersma Funeral Home, Wheatfield, Indiana. Funeral Mass will take place on Friday, September 20, 2019 at 11:00 a.m. at St. Augustine Catholic Church in Rensselaer with Father Donald Davison officiating. Interment will follow at Mt. Calvery Cemetery, Rensselaer.

In lieu of flowers memorials may be made to: Sorrowful Mother Food Pantry