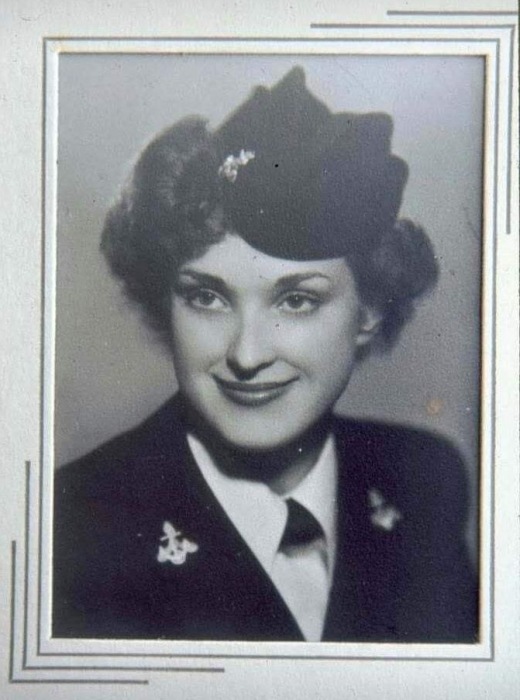 Ruth was born on April 3, 1924 to the late Matthew and Rose (Misch) Moosemiller in Wheatfield, Indiana. Ruth graduated in 1942 from Rensselaer High School. From 1044 to 1946, Ruth served in the U.S. Navy and was a World War II Veteran. She was in the Navy Hospital Corp. Ruth trained at the Bethesda Naval Hospital in Bethesda, Maryland. After training she was based at the Seattle, Washington Naval Hospital where they took care of the sailors and soldiers who were wounded in the South Pacific.

Ruth was a devout Roman Catholic who attended mass almost every day for a thirty year period. She was very involved with the Franciscan Order and became a member as a layman. Ruth enjoyed and was very skilled at gardening, sewing, crocheting, and putting together large puzzles. Ruth was also an avid reader who was always reading a book and periodical.

Ruth is survived by her loving daughter: Lisa Streveler-Burton of Wheatfield, Indiana and son: Nick Streveler of South Bend, Indiana. She is also survived by grandson: Jake Kaluf and great-granddaughter: Jorie Kaluf and many loving nieces and nephews.

The family and friends of Ruth will miss her smile and laugh, sense of humor, joy and zest for life and the great concern, kindness and love she had for others. Thus, Ruth will be sadly missed and not forgotten…her spirit lives on.

Friends are invited to visit with the family on December 5, 2020, from 12:30 until 1:00 p.m. at St. Augustine Catholic Church in Rensselaer, Indiana. Mass will take place at 1:00 p.m. with Fr. Mike McKinney officiating. Interment will follow at Mt. Calvery Cemetery. Military Graveside Rites will be performed.

A Nightingale Nursing Honor’s Service was to be performed but due to COVID, the retired nurses have suspended all honors at the time.

Thank you to Ruth’s children for providing this obituary.