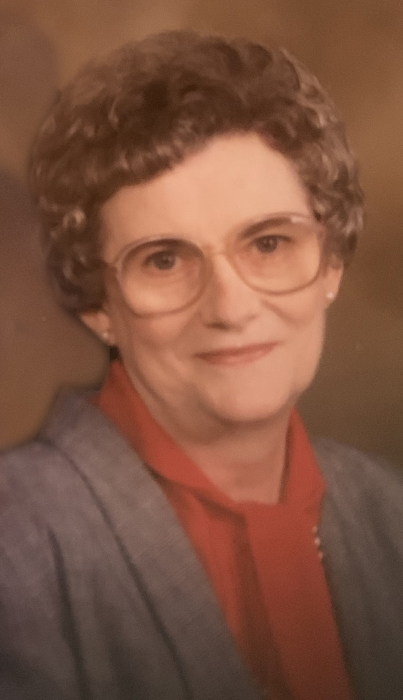 Shirley Capouch, 92, of San Pierre, passed away January 8, 2019 after a short illness, surrounded by loving family.
She was born on October 20, 1926, to John Norbert and Cecila (Cooley) McCauley in Lafayette, Indiana. She graduated from San Pierre high school and attended Lafayette Business College.

Shirley married the love of her life, Donald Capouch, on September 10, 1949, in San Pierre, Indiana. Before starting her family, she worked as a secretary at Gehring Farms.  As her children matured, she went back to work at the Saint Joseph's College Bookstore until her retirement in 1988. Shirley was a member of All Saints Roman Catholic Church in San Pierre, their Ladies Sodality, was a 4-H Leader of the Walker 49ers, and collected for the American Cancer Society. Shirley's life mirrored changes in postwar America: while laser-focused on her family as her top priority, she was fiercely proud of the role she played as a workingwoman.  She often recalled getting up to cook breakfast and get her children off to school, then heading to her full-time job.  After work she arrived back home to cook dinner for her husband, seven children, and their many friends who often joined the family to eat and socialize.  She faithfully attended countless school functions and athletic events of her children, grandchildren, and great-grandchildren.  She will be greatly missed, and our hearts ache at her passing.

A Mass of the Resurrection will take place at the church at 11:00 a.m. with Fr. Terrence W. Bennis officiating. Interment will follow at the All Saints Catholic Cemetery, San Pierre, Indiana.

In lieu of flowers memorials may be made to St. Jude Children’s Hospital.