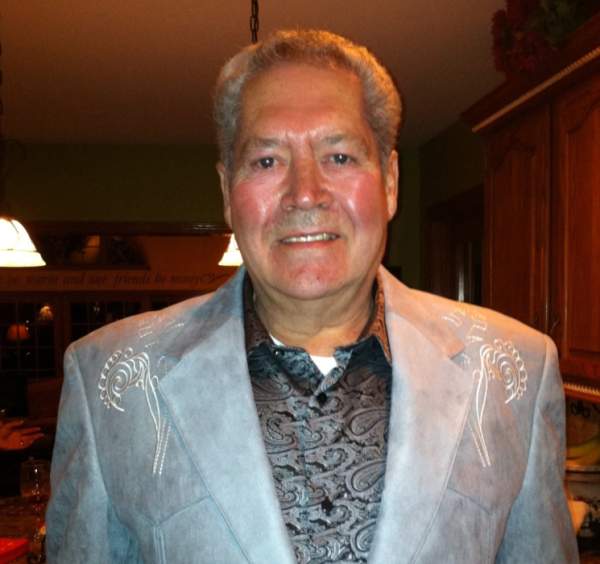 Vern died suddenly from a heart attack at his home on January 18, 2020.

Vern was born on March 14, 1943 at Methodist Hospital in Gary, Indiana to Gerald and Hattie (Grevenstuk) Sampson, both deceased.

On May 23, 1964, he married Janis Kosta and she survives him along with his children Marla (Shaun) Fitzpatrick of DeMotte, Indiana, and Gerald (Holly) Sampson of Portage, Indiana, his grandson Trace Fitzpatrick of Avon, Indiana, sister Patricia Sampson of Rensselaer, Indiana and his sister-in-law & brother-in-law Gene & Karen Puchle of Brownsburg, Indiana and several nieces and nephews.

Vern was a lifetime area resident of Wheatfield Township having spent his entire life on the farm where he grew up. He attended Wheatfield Grade School and graduated from Wheatfield High School with the Class of 1961. He was a proud former member of the Indiana National Guard, having served several years in that branch of the military in the 1960’s and 1970’s. His great passion in life was the preservation of antique autos. He was a self-taught mechanic starting with his first car, a Model A, that he purchased at the age of 14. He loved the beauty and simplicity of all ‘old cars’ but he especially loved 1932-1934 Fords. Vern was a walking encyclopedia of all things Ford from Model A’s through cars of the 1950’s. Over the years he restored many cars that won numerous awards. He was a perfectionist when it came to his work, and nothing left his shop until it was the best job he could turn out. He despised the phrase ‘good enough’ and his family can attest to that. If you wanted to push his buttons, just say that some job you did was ‘good enough!’ Vern taught himself body and paint work and he spent 45 years perfecting his craft. He also taught himself how to reproduce by hand the wood-grained finish that are on the dashboards and window moldings on antique autos. He became so good at this, that he did jobs for people from all over the United States and Canada. Several of the dashboards he wood-grained are on cars in antique auto museums. He was an extremely humble man and never boasted of his accomplishments.

Vern will be greatly missed by his family and friends. He will be especially missed by his cats ‘Baxter’ and ‘Coco’ who spent many hours on his lap, and his much loved dog ‘Sampson’ that he rescued from a shelter because of his name. Vern and ‘Sampson’ were constant companions to the end of Vern’s life.

Friends are invited to visit with the family from 3:00 until 7:00 p.m. on Wednesday, January 22, 2020 at Boersma Funeral Home, 90 E Grove St., Wheatfield, Indiana. Services for Vern will take place at the funeral home on Wednesday evening at 7:00 p.m. with family and friends officiating. Military Graveside services will take place on Thursday, January 23, 2020 at 11:00 a.m. at Graceland Township Cemetery, Kouts, Indiana.

Thank you, Janis for writing this tribute to Vern

In lieu of flowers memorials may be made to the Jasper County Animal Shelter.